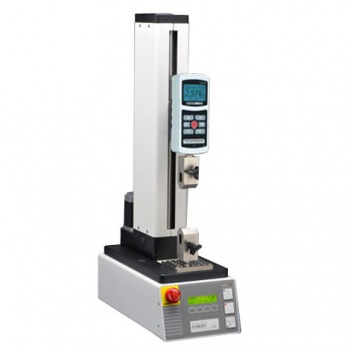 
The ESM301 Programmable Test Stand with PC Control is no longer available and has been replaced by ESM303.
Click here to see the ESM303.

The ESM301 is a highly configurable motorized test stand for tension and compression testing applications up to 300 lb (1.5 kN). The stand can be controlled from the front panel or via a computer. The ESM301 is engineered on a unique modular platform, allowing for "build-your-own" configurability. Features can be ordered individually at time of order or activated in the field. Integrated travel indication, overload protection, and a host of programmable parameters makes the ESM301 quite sophisticated, while its intuitive menu structure allows for quick, simple setup and operation. A password can be programmed to prevent unauthorized changes. With a rugged and modular design, the ESM301 is a compelling solution for applications in laboratory and production environments.

Serial cable, controller to PC
Sends force and travel data on a single cable via RS-232 to a PC.

Bench mounting kit
Facilitates safe mounting to a work bench. Consists of a set of mounting adapters, and four sets of hardware with Allen key to accommodate surfaces of various thickness.

Computer Control A bi-directional RS-232 port is provided to interface with a PC. Users can write their own custom program or control the stand via a PC using NexygenTM TCD software. A Series 5 force gauge is required, along with 09-1056 serial cable and 09-1143 multi-function cable. ESM301-001 integrated travel indication is required for NexygenTM software, and recommended for interfacing with a custom program

Travel Indication
Travel is indicated on the front panel, and an RS-232 port is supplied. Position indication is provided via an internal linear scale, producing significantly higher accuracy than with conventional rotary encoder-based designs. Backlash and nonlinearity are virtually eliminated. Resolution is 0.001"

Programmable Travel Limits
The ESM301 can stop at or cycle between programmable upper and lower travel distances.

Overload Protection
Protects a force gauge against overload (requires the 09-1143 multi-function cable). The user programs the desired percentage of full scale of the gauge. Adjustable analog output voltage setting allows the ESM301 to interface with virtually any force gauge with analog output.

Cycling / Dwell Time
Same as Auto-return, but with the ability to program the number of cycles up to 99,999 cycles. Dwell time allows the operator to program the length of time, up to 9,999.9 seconds, in 0.1 second intervals, for which the crosshead pauses between cycles. Independent up and down speeds may be programmed (requires EF013). 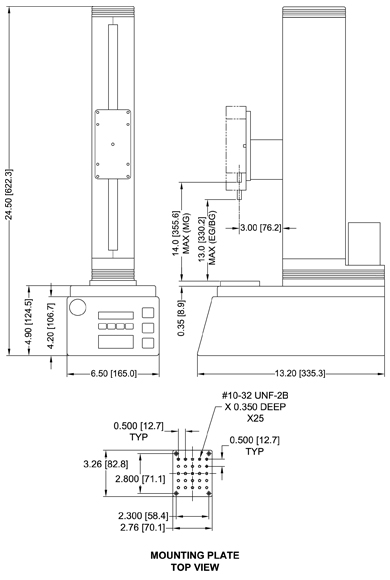 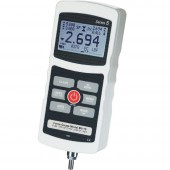 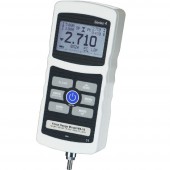 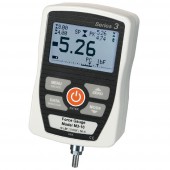