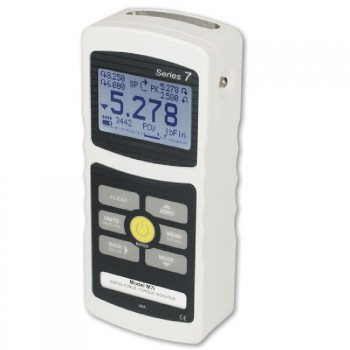 The new Series 7i is a digital force gauge and torque meter combined in only one unit!

It combines the best features of a precise force and torque measuring device and is suitable for a wide range of force sensors, load cells and torque sensors.

Due to the unique Plug & Test ™ technology, all calibration and configuration data of the Series 7i Digital Force Gauge is stored in the Smart Connector of the sensor, not the indicator. This allows you to benefit from the possibility to replace the sensors easily and quickly. All force sensors are fully compatible with other Mark-10 displays and gauges.

In addition to the features of the Series 5i meter, the Series 7i force meter provides very fast data acquisition and storage for up to 5,000 readings due to its market-leading 14,000 Hz high-speed sampling rate. Moreover, programmable footswitch sequences, fracture counts and first and second peak /peak detection are amongst the many highlights of the Series 7i meter.

For specific applications, the coefficient of friction and user-defined units of measure support greater flexibility. Other features of the Series 7i force gauge include automatic data output, data storage and zeroing to allow for breakage detection, average calculation, an external trigger and first/second peak values.

The Series 7i Digital Force Gauge is suitable for use with a mechanical or motorized test bench. A professional and complete force testing system can be put together to fit your specific application. Numerous force measurement applications such as fracture tests, swelling load, computer control and much more. The included Mesur ™ Lite data acquisition software provides continuous or easy data collection. The data stored in the display can be transferred in sections and further processed in Excel in just one-click import. 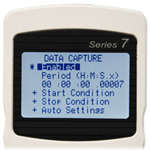 High Speed Data Capture & Storage
Series 7i can capture and store up to 5,000 continuous data points at a rate of up to 14,000 readings per second. This unique function is ideal for capturing switch activation forces, sharp breaks, and other short-duration applications. Configurable start and stop triggers are provided. The data acquisition rate is variable and can be slowed to also capture longer events, such as structure relaxation, material expansion, and others.

Data from the storage buffer can be exported to data collection software such as MESURTMgauge for further analysis and graphing. Using a Series 7 gauge could replace cumbersome and expensive data acquisition hardware and software. 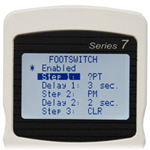 Footswitch Command String
Integrate your footswitch / automation system with a Series 7 gauge to improve testing ergonomics and efficiency; no need for multiple key presses. Up to three steps may be programmed for a single footswitch activation.

Select from several commands, including request peak reading, zero the display, save to memory, and others. Time delays can be inserted between each step. 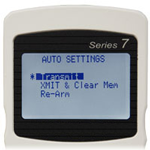 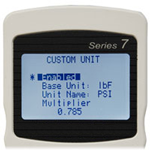 User-defined Unit of Measurement
Series 7 gauges display 6 standard units of measurement. One additional user-defined unit is provided for unique applications. A base unit is specified, along with a multiplier, and 5-character name. Typical applications: 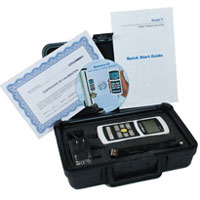 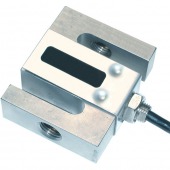 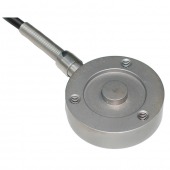 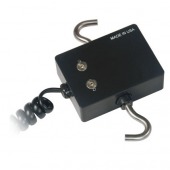 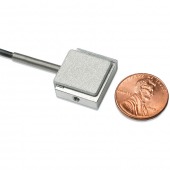 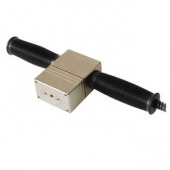 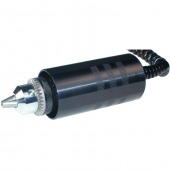 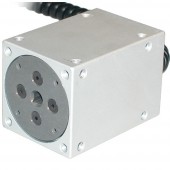 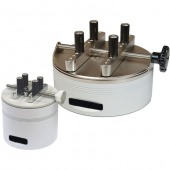 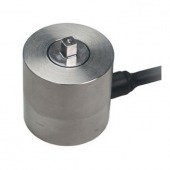